An American jihadi in on military mission in Somaila - fascinating!

In this Vanguard extra, Abu Monsoor Al-Amriki -- aka "American Jihadi" Omar Hammami, originally from Daphne, Alabama -- outlines Al-Shabaab's plan to ambush Ethiopian and Somali troops. This and similar videos are intended to help recruit other young Muslims from the West to wage jihad overseas.

"Vanguard," airing weekly on Current TV Wednesdays at 10/9c, is a no-limits documentary series whose award-winning correspondents put themselves in extraordinary situations to immerse viewers in global issues that have a large social significance. Unlike sound-bite driven reporting, the show's correspondents, Adam Yamaguchi, Kaj Larsen, Christof Putzel and Mariana van Zeller, serve as trusted guides who take viewers on in-depth real life adventures in pursuit of some of the world's most important stories.

For more, go to http://current.com/vanguard.
Posted by The Comic Torah at 3:08 AM No comments:

"Germany has the oldest students, youngest retirees and longest vacationing workers in the world" 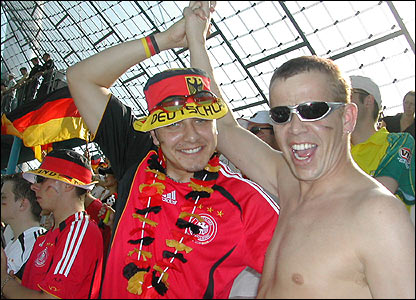 The Germans have traditionally regarded their model as "Sonderweg", that is a middle of the road approach between free market liberalism and state-centered socialism. The welfare system is an integrated part of Germany's "social market economy." Particularly significant is the fact that in Germany, more than in most countries, welfare policies have been mechanisms of economic governance. That is welfare policies are designed to enhance employment effects by withdrawing surplus labor from the economy. In short, early retirement schemes or long university programs serve to constrain the supply of labor when unemployment rates are high. This has prompted critics to charge that Germany has the oldest students, youngest retirees and longest vacationing workers in the world. European Welfare States - Information and Resources
Posted by The Comic Torah at 2:30 AM No comments:

The World's Most Profitable Companies

Posted by The Comic Torah at 12:41 PM No comments:

Why is is so hard to find images of Furkan Dogan? 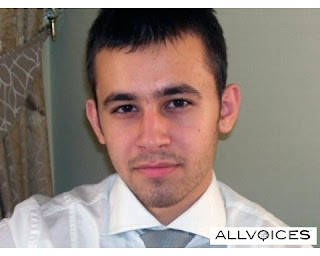 Damn, the Israeli's are smart! Somehow they have managed to make it really difficult to find, via a Google search, images of Furkan Dogan the American college student killed by Israeli commandos on 31 May. They obviously don't want hm to become the symbol of he flotilla massacre. Wanna join the movement to frustrate them?

Make him your profile image, blog the pic and make sure it's labeled.