Yesterday, by a vote of 76-22, the Senate passed the Kyl-Lieberman amendment in support of military actions against Iran. This is the second such endorsement of the president by a senate majority in just three months. In July, the Lieberman amendment to "confront Iran" passed with the far stronger majority of 97-0.

The original draft of Kyl-Lieberman had asked U.S. forces to "combat, contain, and roll back" the Iranian menace within Iraq. But the words "roll back" were all too plainly a coded endorsement of hot pursuit into Iran; and the senators did not want to go quite so far. To assure a larger majority the language was accordingly trimmed and blurred to say "that it should be the policy of the United States to stop inside Iraq the violent activities and destabilizing influence of the Government of the Islamic Republic of Iran, its foreign facilitators such as Lebanese Hezbollah, and its indigenous Iraqi proxies."

The inclusion of Hezbollah deserves some notice. It is part of a larger attempt, already apparent in the Lebanon war of 2006, to manufacture an "amalgam" of all the enemies of Israel and the United States throughout the region, and to treat them all as one enemy. Those who believe in the amalgam will come to agree that many more wars by the United States and Israel are needed to crush this enemy.

More provocative is a secondary detail of the amendment, which received less notice from the mainstream media. Kyl-Lieberman approves the listing of the Islamic Revolutionary Guard of Iran as a "foreign terrorist organization." Now, the Islamic Revolutionary Guard is the largest branch of the Iranian military. By granting Vice President Cheney's wish (a distant dream in 2005) to put the Iranian guard on the U.S. terrorist list, the Senate has classified the army of Iran as an army of terrorists. The president, therefore, as he follows out the Cheney plan has all the support he requires for asserting in his next speech to an army or veterans group that Iran is a nation of terrorists.

It was said during the Vietnam War that "a dead Vietnamese is a Viet Cong." It will assuage the conscience for U.S. bombers of Iran to know that a dead Iranian is a terrorist. The Senate, by this classification, has absolved the bombers in advance. more
Posted by The Comic Torah at 10:50 AM No comments:

Miliband: We have alienated millions of Muslims over Iraq 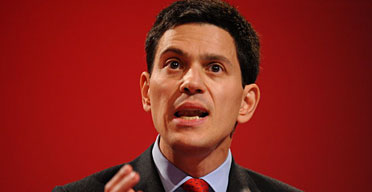 David Miliband, the foreign secretary, yesterday attempted a break with a decade of Blairite foreign policy, admitting a scarred government needed to stop and think why its well-intentioned interventions had alienated millions of Muslims.

In a frank speech, he also admitted there could be no military solutions in Iraq and Afghanistan, saying the government had found it hard to win peace in such countries. He repeatedly said the government needed to learn lessons as it launched a second wave of foreign policy in which there would be greater reliance on stronger multilateral institutions. More
Posted by The Comic Torah at 10:11 AM No comments:

The Pope refused a request for an audience during the August holidays.

Senior Vatican sources told the BBC the Pope does not normally receive politicians on his annual holiday at the Castelgandolfo residence near Rome.

But one leading Italian newspaper said it was an evident snub by the Vatican towards the Bush administration.

There are at least two reasons why Pope Benedict may have decided peremptorily against a private meeting with Ms Rice.

First, it was Ms Rice who just before the outbreak of the Iraq war in March 2003 made it clear to a special papal envoy sent from Rome, Cardinal Pio Laghi, that the Bush administration was not interested in the views of the late Pope on the immorality of launching its planned military offensive.

Secondly, the US has responded in a manner considered unacceptable at the Vatican to the protection of the rights of Iraqi Christians under the new Iraqi constitution.

The Bush administration has told the Vatican that as coalition forces have not succeeded in securing the whole territory of Iraq, they are unable to protect non-Muslims.

Instead of meeting the Pope, Ms Rice had to make do with a telephone conversation with the Vatican's number two, Cardinal Tarcisio Bertone, who was visiting the US during August on other business.
Posted by The Comic Torah at 2:48 PM No comments:

BAGHDAD -- -- U.S. diplomats and military officers have been in talks with members of the armed movement loyal to Muqtada Sadr, a sharp reversal of policy and a grudging recognition that the radical Shiite cleric holds a dominant position in much of Baghdad and other parts of Iraq.

The secret dialogue has been going on since at least early 2006, but appeared to yield a tangible result only in the last week -- with relative calm in an area of west Baghdad that has been among the capital's most dangerous sections.

The discussions have been complicated by divisions within Sadr's movement as well as the cleric's public vow never to meet with Iraq's occupiers. Underlying the issue's sensitivity, Sadrists publicly deny any contact with the Americans or British -- fully aware the price of acknowledging such meetings would be banishment from the movement or worse.

The dialogue represents a drastic turnaround in the U.S. approach to Sadr and his militia, the Mahdi Army. The military hopes to negotiate the same kind of marriage of convenience it has reached in other parts of Iraq with former insurgent groups, many Saddam Hussein loyalists, and the Sunni tribes that supported them. Both efforts are examples of how U.S. officials have sought to end violence by cooperating with groups they once considered intractable enemies. more
Posted by The Comic Torah at 4:50 PM No comments:

WASHINGTON (CNN) -- Pakistani President Pervez Musharraf -- a key U.S. ally -- is less popular in his own country than al Qaeda leader Osama bin Laden, according to a poll of Pakistanis conducted last month by an anti-terrorism organization.

Additionally, nearly three-fourths of poll respondents said they oppose U.S. military action against al Qaeda and the Taliban inside Pakistan, according to results from the poll conducted by the independent polling organization Terror Free Tomorrow.

"We have conducted 23 polls all over the Muslim world, and this is the most disturbing one we have conducted," said Ken Ballen, the group's head. "Pakistan is the one Muslim nation that has nuclear weapons, and the people who want to use them against us -- like the Taliban and al Qaeda -- are more popular there than our allies like Musharraf."

The poll was conducted for Terror Free Tomorrow by D3 Systems of Vienna, Virginia., and the Pakistan Institute for Public Opinion. Interviews were conducted August 18-29, face-to-face with 1,044 Pakistanis across 105 urban and rural sampling points in all four provinces across the nation. Households were randomly selected.

Asked their opinion on the real purpose of the U.S.-led war on terror, 66 percent of poll respondents said they believe the United States is acting against Islam or has anti-Muslim motivation. Others refused to answer the question or said they did not know.

"We failed in winning hearts and minds in Pakistan," Ballen told CNN. "In fact, only 4 percent said we had a good motivation in the war on terrorism." more

Posted by The Comic Torah at 4:33 AM No comments:

(CBS/AP) Back in 2003, the U.S. proudly trotted out the so-called "mother of all bombs," a device described as the most powerful non-nuclear weapon in history.

Now, Russia claims it has built the "dad of all bombs," claiming that it is four times more powerful, has an epicenter temperature that is twice as high and covers double the area with its destructive force.

Russian state television says the military has successfully tested what it describes as the world's most powerful non-nuclear, air-delivered bomb.

Alexander Rukshin, a deputy chief of the Russian armed forces staff told the Channel One television station that the bomb is comparable to a nuclear weapon in efficiency and capability, but unlike a nuclear weapon, it doesn't hurt the environment. He described the mechanism of the bomb's destructive capabilities, saying that it is based on the detonation of a fine spray of combustible substance resulting in a shockwave and a high temperature explosion. more
Posted by The Comic Torah at 7:07 PM No comments:

Standard schoolgirl uniform it's not. Hip teens are hitting the Tokyo Lash Bar in the city's Omotesando district for eye-poppingly over-engineered fake lashes. Using a unique applicator and a special latex adhesive, makeup pros install a set of these architectonic master pieces, like the high-end Velvet Feather for about $43 and Yellow Flash or Dazzling Diamante for less than $20. A bit steep, but the lashes can be reused as many as 10 times. Plus, the falsies often have unexpected features. Take Lucent Sky and Lucent Sun: When light hits these translucent lashes, they cast colored patterns on a gal's face. If only they made a pair that blinked when her keitai rang ... - WIRED
Posted by The Comic Torah at 8:57 AM No comments:

Tarred, feathered and tied to a lamppost: Justice for a drug dealer on the streets of Ulster | the Daily Mail Tied to a lamppost, he stands with his head and upper body covered in tar and feathers. A makeshift placard hung around his neck with a piece of string announces the reason for his treatment.

It is a very public humiliation, and a medieval one. Almost ten years since Northern Ireland's Troubles officially ended, this remains the crude face of justice on the streets of south Belfast.

This man was subjected to the painful tarring and feathering on the Taughmonagh estate, a loyalist stronghold in the city.

Locals had accused the victim, who is in his thirties, of being a drug dealer. And when police allegedly did not act, they took the law into their own hands.

Two masked men tied up the accused victim, poured tar over his head and then covered him in white feathers, apparently from a pillow case.

A small crowd including women and children looked on as the men then adorned their victim with a placard reading: "I'm a drug dealing scumbag".

Pictures of the punishment were sent to a local newspaper more
Posted by The Comic Torah at 6:54 AM No comments:

TALES OF IRAQ WAR by LATUFF MORE
Posted by The Comic Torah at 1:51 PM No comments:

A Time for Grace - WSJ.com

By PEGGY NOONAN
What will be needed this autumn is a new bipartisan forbearance, a kind of patriotic grace. This is a great deal to hope for. The president should ask for it, and show it.

Gen. David Petraeus, the commander of U.S. forces in Iraq, will report to Congress on Sept. 11. From the latest metrics, it's clear the surge has gained some ground. It is generally supposed that Gen. Petraeus will paint a picture of recent decreases in violent incidents and increases in safety. In another world, that might be decisive: It's working, hang on.

At the same time, it's clear that what we call Iraq does not wholly share U.S. objectives. We speak of it as a unitary country, but the Kurds are understandably thinking about Kurdistan, the Sunnis see an Iraq they once controlled but that no longer exists, and the Shia -- who knows? An Iraq they theocratically and governmentally control, an Iraq given over to Iran? This division is reflected in what we call Iraq's government in Baghdad. Seen in this way, the non-latest-metrics way, the situation is bleak.more
Posted by The Comic Torah at 5:51 AM No comments:

The Power of WInd

Posted by The Comic Torah at 5:41 AM No comments: